Dementia is the absolute worst. Now partner Dementia with Lewybody's syndrome and you officially have a nightmare. Sprinkle a little Parkinson's into the mix, and you cannot imagine the hell it is unless you are a caregiver. I help take care of my maternal grandfather, Jerry. Now, side note, this man helped raise me. When my mother was divorcing my father we had nowhere to go, but Jerry and my grandmother took us in and made sure I was alotted just as many opportunities to be a normal, successful, kid. Just like everyone else. Without these people, I'd probably be dead, or worse; ignorant with no hopes of education. I used to, on a part-time basis, help take care of Jerry until I got laid off from my job; now, I'm a full-time caregiver alongside my grandmother (until I find employment) and my mother is our part-time caregiver. So I'm writing this blog to give a shout out to the wonderful men and women who have come to help us out of bad situations this yea
4 comments
Read more

The Haunting of Hill House by Shirley Jackson (TV Show)

Reasoning for post: I have pushed this as a strictly book review blog so far, but I do watch a lot of television and movies. I'm a Hugh fan of horror and mystery/suspense. So I feel that I owe you all an explanation as to why I'm discussing this Netflix show instead of the actual novel. My reasoning is: #1. I haven't read the book yet, but it's on my to-read list #2. The writing in the show was actually phenomenal  #3. I'm super late in watching it, but I have a ton of thoughts. Now, let's move on to the about the author section, shall we? About Shirley Jackson and Mike Flanagan: First Shirley, since she's the original after all.  Shirley Jackson : Bio from Shirley Jackson website Shirley Jackson, 1916-1965, one of the most brilliant and influential authors of the twentieth century, is widely acclaimed for her stories and novels of the supernatural, including the well-known short story “The Lottery” and the best-sellin
1 comment
Location: South Carolina, USA
Read more 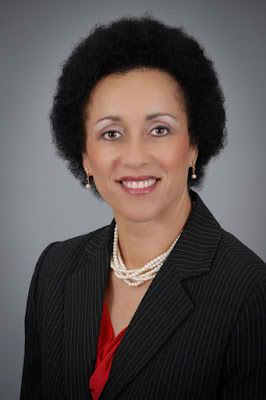 About Betty Parker: BETTY PARKER is a professional speaker, author, and trainer. In 2006, she started Sharper Development Solutions, Inc., a training and development company specializing in leadership skills training and coaching. Betty is a regular guest host on WLXC-FM’s “N Touch” community affairs program and is often sought out  as a speaker for conferences and events. She is at work on her next book, Defeating Goliath: A Lesson in Solving People Problems. Parker is a Certified Professional in Learning and Performance (CPLP) through the Association for Talent Development and a Certified Professional Coach.  www . thesharpersolution .com/   Review: We 're going to  talk about a non-fiction book called  Waging War on Fear by Betty Parker .  This book is about finding faith and keeping faith when you're going through very dark times. This is a non-fiction story about Betty's life. Satan hits the hardest when you're least expecting it. And whil
2 comments
Location: Ridgeway, SC 29130, USA
Read more

My Last Last Name is Grace by Beaty Miller 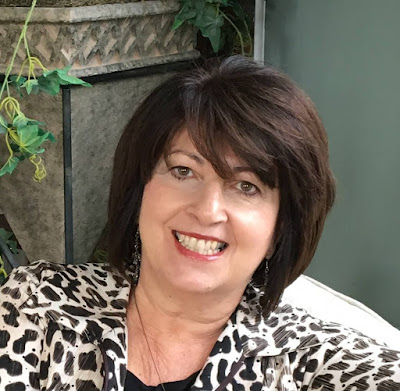 About  Beaty Miller : BEATY MILLER  broke the Mennonite tradition of Lancaster, Pennsylvania, and continued her education past eighth grade and graduated from high school—the first to do so in her family. At nineteen years of age, she accepted the position to teach at a parochial school. Later, she resumed a full-time job as a secretary.  After a promotion to the office manager, Miller started classes at Reading Area Community College and earned an Associate Degree to become a registered nurse. She began a twenty-year geriatrics career, ending as a Personal Care Home Administrator. After Miller and her husband relocated to Rock Hill, she wrote her memoir,  My Last Last Name is Grace .  www.waterfallsofgrace.org/     Review: We 're going to  talk about a non-fiction book called  My Last Last Name is Grace . As a quick recap, we  were unable to  host Beaty at Arts on the Ridge due to an emergency, but we  did have  her book on display. I had the pleasure of run
Post a Comment
Location: Ridgeway, SC 29130, USA
Read more

The Stone Necklace by Carla Damron 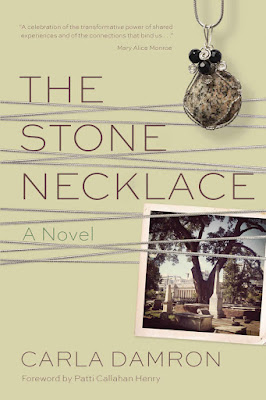 "There were many things that frightened him, but most were on the inside." ~ Joe Book Cover provided by Amazon.com The Stone Necklace by Carla Damron " Clawing chest pains and a fiery car crash take one life and change the destiny of four others. The Stone Necklace braids together the stories of a grieving widow, a struggling nurse, a young mother, and a troubled homeless man, reminding us of the empowering and surprising ways our lives touch one another and how, together, we can recover from even the greatest of losses. Carla Damron weaves the stories of four people in Columbia, South Carolina, whose seemingly disparate existences intersect through tragedies realized and tragedies averted. Lena Hastings survived breast cancer and marital infidelity but now faces an uncertain future and crises with her teenaged daughter Becca without the support of the one person she has always counted on. Intensive care nurse  Sandy Albright , newly released from drug
2 comments
Location: Ridgeway, SC 29130, USA
Read more

Two Plays: The Texture of Laughter & Playtime with the Millions - Raheem Hughes 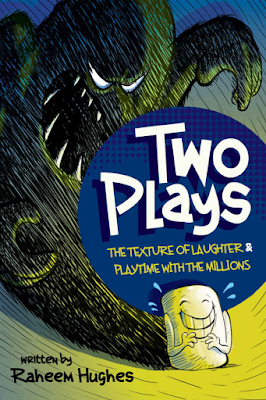 Book Cover Provided by Amazon.com Recently, I discovered that a friend (Raheem Hughes) published a book. This wasn’t just any book though. My friend is a playwright, which is fantastic in itself,  but he is also a fan of sociology and psychology. So , of course, without hesitation, I bought his book and read it. I think you should too. Raheem’s book consists of two scripts: Texture of Laughter and Playtime with the Millions . Texture of Laughter is a children’s play that is beautifully done . It teaches children not to judge people by first impressions, and to question what they don’t understand. Mother Night sends her protagonists (Second, Minute, and Hour) out to battle against their counterparts ( Dnoces , Teunim , Etunim , and Rouh). During these battles the protagonists learn the importance of honesty, kindness, and bravery. They fight these battles of the mind in order  to save Father Day because without him their little family is seemingly broken , but with a twist M
2 comments
Location: Ridgeway, SC 29130, USA
Read more